First, lets get the looks out of the way. They are not bad. Subjectively of course, Renault's current design language ensures a fantastically focused looking car. One that is also very subtly, very functional. Here we see the R.S. Showing off Renault’s new, gorgeous Tonic Orange. Developed specifically for this car, in order to show off the lines of the new Megane R.S. It also very proudly sports a huge Renault badge accompanied by a pronounced indicator that the folks are Renault Sport have been involved. The new headlights also have about 460meters of range on the high beams, which is a 17% distance improvement on the one's from the previous generation Megane. At the bottom you will notice the R.S. Vision LED Fog lights, they incorporate those glaring high beams, as well as fog lights, cornering lights, and side lights. 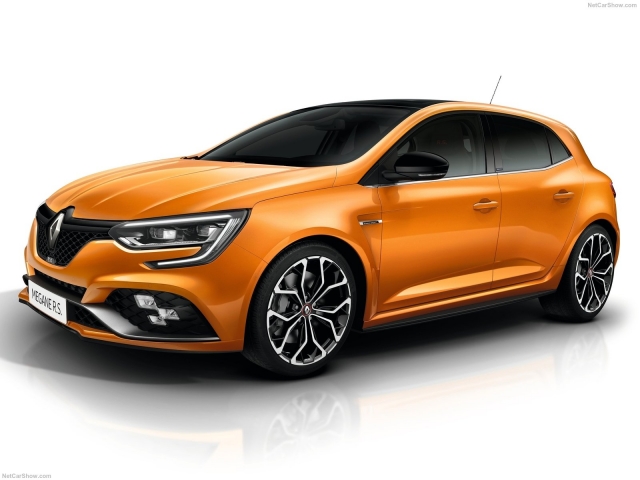 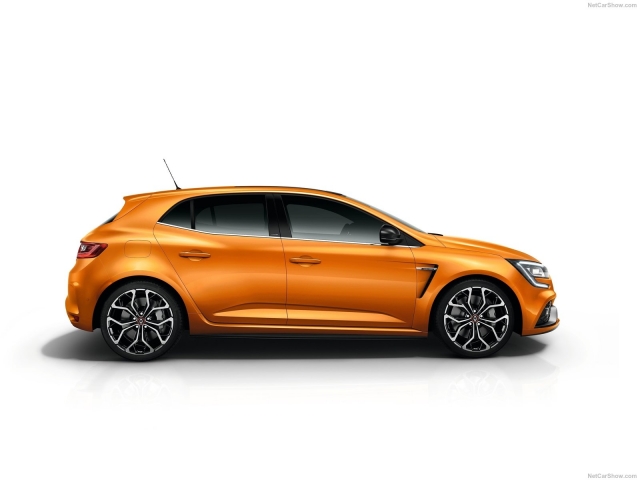 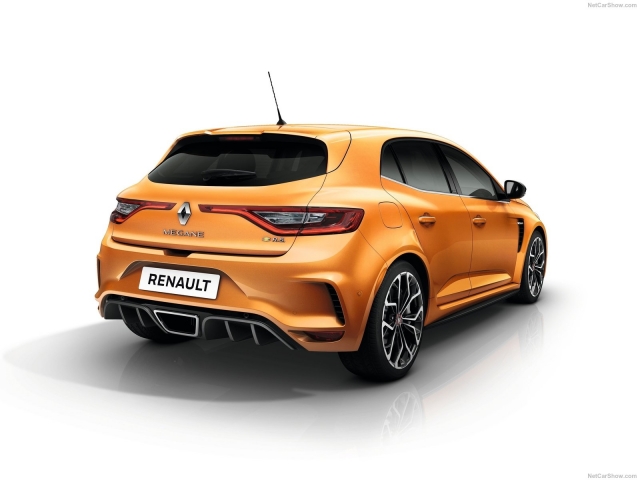 A very sleek, and driven appearance. Do you notice that diffuser at the bottom? The aerodynamics of this car were designed around anti-lift, not down force. Renault claims that the car is so stable because of their approach, it was not necessary to add drag inducing spoilers because of the stability they already achieved with the anti-lift features. This also means better fuel economy for the end user under normal driving conditions. Genius. On top of all that, just look at it. Need I say any more. All the accents are in the right places, the steering wheel just about almost got a flat bottom too. Note those pesky flappy paddles, many have noted that they are uncomfortably far from the steering wheel. Another subjective reason to go for the manual, I’d say! 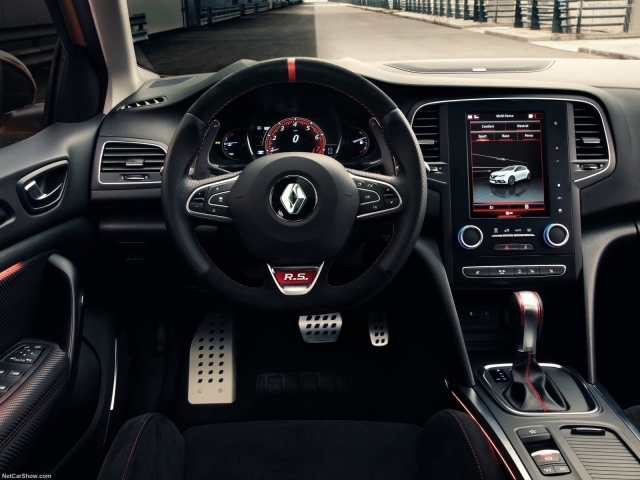 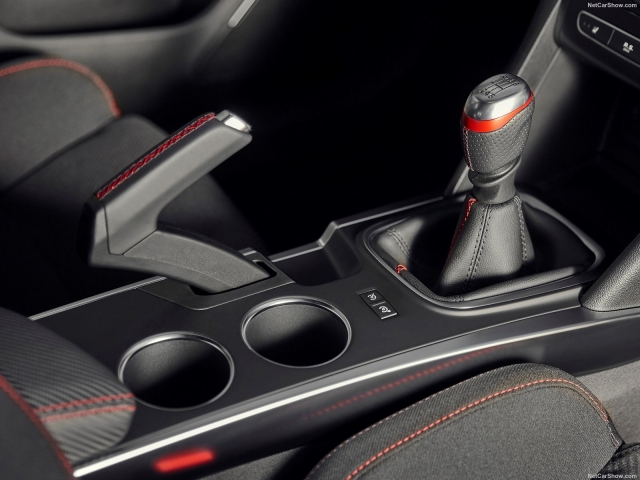 In the middle we also have an R-Link 2 tablet. It’s touch screen. Some features include sound that was developed in conjunction with BOSE, R.S Monitor for all your geeky figure-watching, and it can be used to host and monitor a plethora of other vehicle features.

Arguably the most vital part of this newly developed 1.8litre, four cylinder’s mission is to prove it can indeed handle the requirements associated with performance in the tough C Segment’s Sport division. The run-down goes like this. Only front wheel drive?! What a dinosaur, you say. We have had all-wheel drive hot hatches for decades! Yes, agreed, its 0-100km/h time of 5.8 seconds is neither industry shattering, nor mind bending. Seemingly though, that is not what the French are scratching around for in the C segment. So, lets have a quick glance at what makes this generation of Megane RS, a stand-out Sport Hatch.

Four-wheel steering. That’s right. The French call it 4CONTROL. That is, when they call it in English, I wouldn’t know what it’s called in French, obviously This new tech box with wheels has a steering on all four of them. Even though it can not exactly park like a telescopic materials handler, this does mean fast, stable turn-in to a corner's apex, and it also means improved stability at higher speeds. By the way, this system stays active in opposite direction to the front wheels at up to 100km/h. That is 20km/h faster than the speed at which some very fast and fancy German cars are already locked out or turning in the same direction. In a small hatch back. I am sensing a specific focus here, and I mean an intention for good handling, not a Ford. Just to clarify. 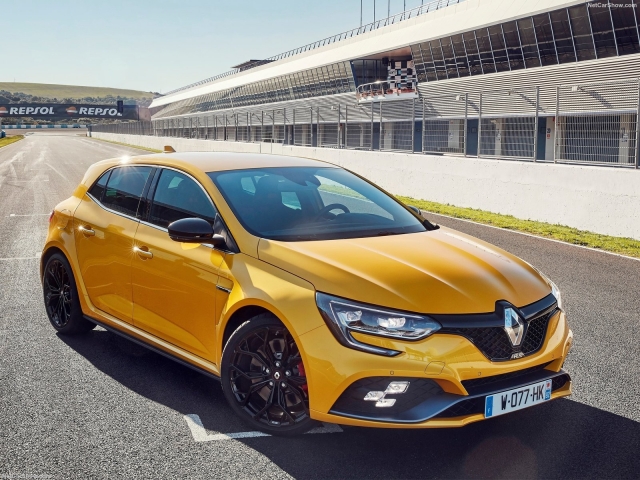 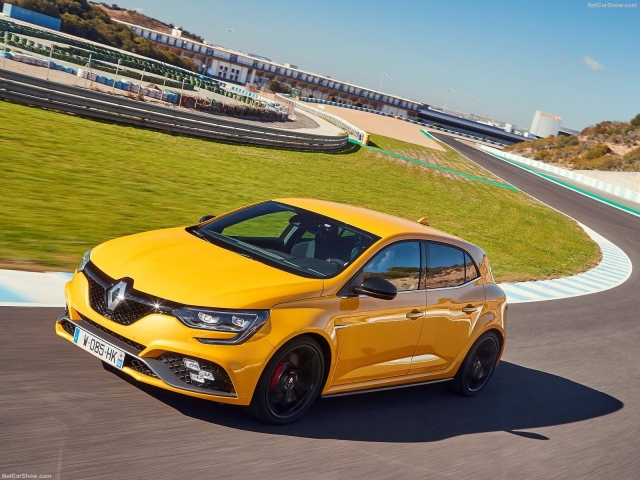 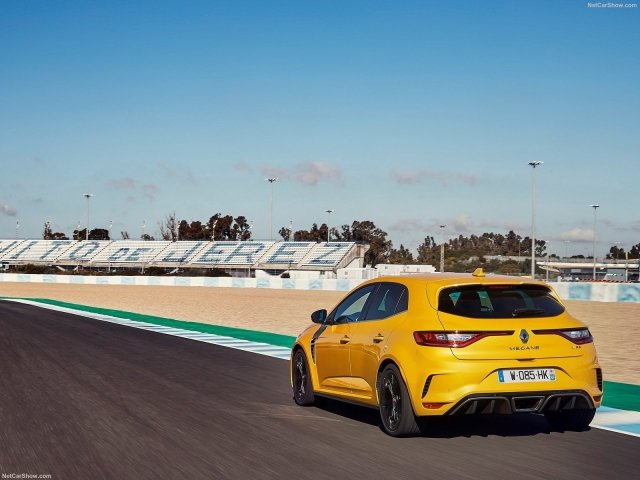 Suspension and chassis have also been greatly improved over the previous generation. As always, there will be a Cup Chassis option, lending a 10% stiffer damper system and a new proper mechanical slip limiting differential by Torsen. Also included in the new suspension is a hydraulic bump stop within each shock absorber. Automatically dissipating energy that would have been transferred to the chassis and body of the car if the shock absorber is about to bottom out. This further aids in keeping all wheels where it matters most, because it limits the body being affected by a massive thump from driving over anything from a pothole, to the rounded edge of a racetrack’s curb.

Of course, you can not simply have this type of vehicle be great at one thing like a track day and be garbage to drive the other 90% of the time. So Renault has gone out of their way to make sure you get a well-rounded every day ride. We have about a dozen safety systems including the likes of Adaptive Cruise Control, Blind spot warning, Traffic sign recognition. Technologies that are new to this generation of Megane RS. 205KW and 390NM of torque are the power figures, and you can choose to swing the sticks yourself via the trusted 6-speed manual, or if you want to pluck on those flappy paddles on the new 6-speed EDC dual clutch automatic, you would be able to do that too. The 4CONTROL system is of course a welcome feature for most city folk, and so is the new headlight technology. These are the types of features that you can enjoy during even the monotonous, daily commute. 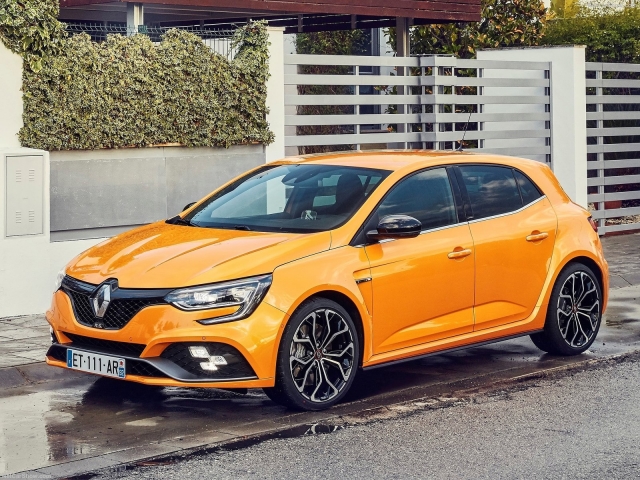 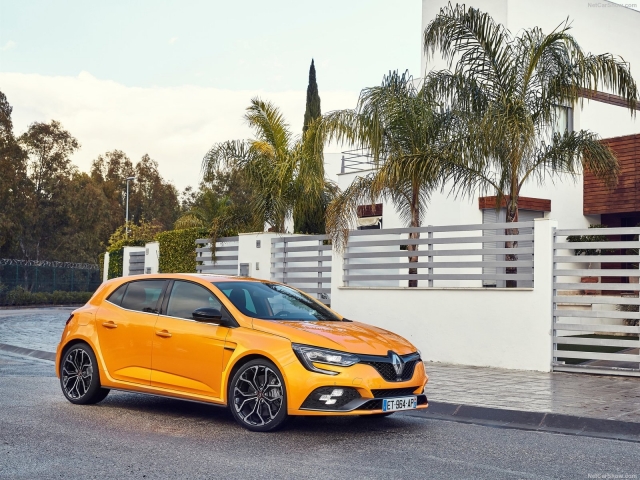 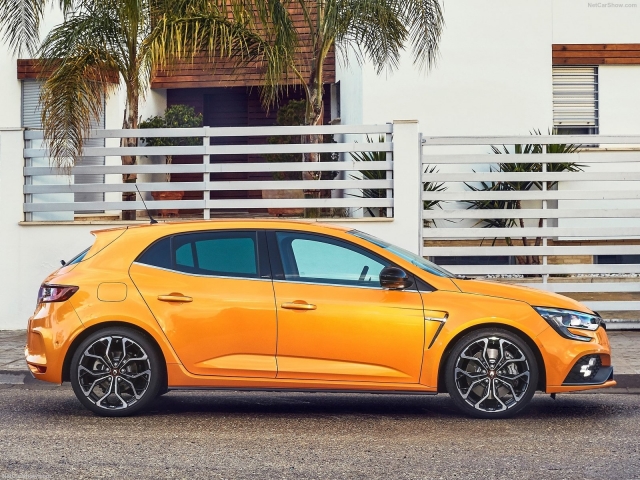 What we have here is a dynamic, thorough-bred, benchmark of the front-wheel drive hot hatch industry. The Megane RS has been eagerly anticipated, has finally launched, and boy is it an exciting addition to the Renault Family.