It is that time of the year again (in the southern hemisphere) where many people will decide to hit the road and try run off that extra 'winter fat'. There are also those who loath winter for how it hampers their normal running schedule. Here are 15 running tips from professional runners that are worth noting; for beginners and advance runners alike.

“At most, jog easily for 15 minutes before a race. Then stretch your hamstrings, quadriceps, calves, and lower back. With about 15 minutes to go, maybe do a few strides. But no more—you’ll warm up plenty in the early going.”
~ Mark Plaatjes, 1993 World Championships marathon winner

5. Go with mind over grind

“Any idiot can train himself into the ground; the trick is doing the training that makes you gradually stronger.”
~ Keith Brantly, U.S. Olympic marathoner 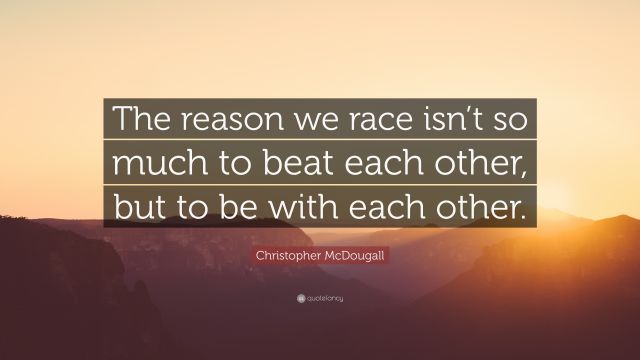 6. Look at the big picture

“Whether one shall run on his heels or his toes is hardly worth discussing. The main thing in distance running is endurance—and how to get it.”
~ Clarence DeMar, seven-time Boston Marathon champion and U.S. Olympic marathoner

“Build up your mileage in gradual increments, but every third or fourth week, drop back in mileage to recover. This will help you avoid your breaking point.”
~ Lee Fidler, coach and two-time U.S. Olympic Marathon qualifier

9. Be a little shady

“Squinting intently requires more energy than you can spare over 26.2 miles. So if it’s sunny or you’re allergic to dust or pollen, wear sunglasses.”
~ Kim Jones, world-class masters marathoner

“Hills are the only beneficial type of resistance training for a runner.”
~ Arthur Lydiard, Olympic coach from New Zealand 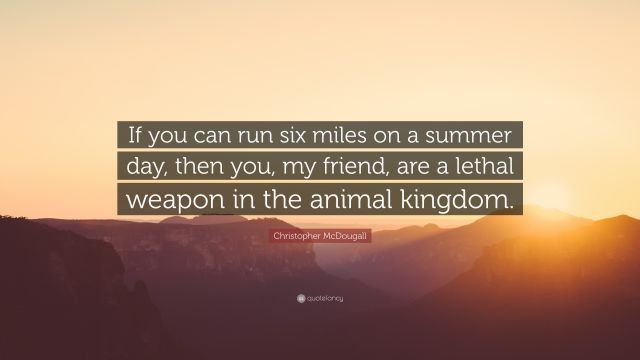 “When going down, I lean with the hill. I know I’m doing it right if I feel like I’m going to fall on my face.”
~ Ed Eyestone, RW columnist, coach, and two-time U.S. Olympic marathoner

“You can’t climb up to the second floor without a ladder. When you set your goal too high and don’t fulfill it, your enthusiasm turns to bitterness. Try for a goal that’s reasonable, and then gradually raise it.”
~ Emil Zatopek, four-time Olympic gold medalist from Czechoslavakia

“Rather than going into a marathon with just one goal—such as finishing in a very specific time—develop a range of goals so that you increase your chances of success.”
~ Jerry Lynch, Ph.D., marathoner and author of The Total Runner

“If you have a bad workout or run a bad race, allow yourself exactly 1 hour to stew about it—then move on.”
~ Steve Scott, coach and U.S. record holder in the mile

“When I’m training for a marathon, I soak in a hot tub every day, and get a weekly massage.”
~ Anne Marie Lauck, two-time Olympian

Have any running tips of your own? Feel free to share them in the comments below.